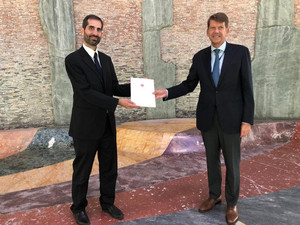 In a session that you don’t see every day, it was the IPI who protected the secret agent – from the...

The World Intellectual Property Organisation (WIPO), headquartered in Geneva, is conducting a survey...

«Grass and Stark’s remarkable cross-disciplinary research has led to an invention that has the...

The European Patent Office (EPO) is hosting the first-ever digital edition of the European Inventor...