The Institute Council of the Swiss Federal Institute of Intellectual Property (IPI) has appointed Marcus Ehnle as the new Head of the Patent Division and a member of the IPI’s Executive Board. Marcus Ehnle will succeed Alban Fischer, who is retiring. 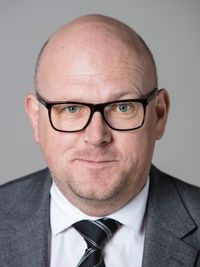 Marcus Ehnle (born in 1969) will become a member of the Executive Board on 1 July 2023. As the new Head of the Patent Division, he will replace Alban Fischer, who will be leaving the IPI at the end of June 2023 after more than 24 years of service. Marcus Ehnle initially studied geophysics and then obtained a Master of Law (University of Lucerne), and is a qualified European, German and Swiss patent attorney.

He is currently employed as a Director of Intellectual Property and has many years of industry experience. His broad knowledge of intellectual property law and his two degrees will enable him to bridge the gap between the technical and legal aspects of the position. Mr Ehnle therefore has the ideal skills necessary for the upcoming partial revision of the Patents Act and other digitalisation projects. Alongside his native language German, he also speaks French, Italian and English.

At its meeting on 11 January 2023, the Federal Council elected Stefan Hostettler Fischer as...

Trade marks are a valuable asset for many companies. By registering them, companies identify their...

The IPI’s 2021/22 annual report has been published

Find out what the IPI was working on in the 2021/22 business year in our new annual report. Go...

Symposium: "Best practices in the fight against counterfeiting & piracy – NFTs not your cup of tea? Well, they should: NFTs as a new way of fighting counterfeiting and piracy"

Join us for our next IP conference on the afternoon of 7 June (CET). The topic is industrial data...