When a biscuit recipe stirs up trouble

Problems with product names, lack of awareness about image rights, and even nasty surprises with baking recipes – it’s not always plain sailing in the world of business. The mini-entrepreneurs participating in Young Enterprise Switzerland’s (YES) Company Programme learn how to avoid such issues in workshops organised by the Swiss Federal Institute of Intellectual Property (IPI). 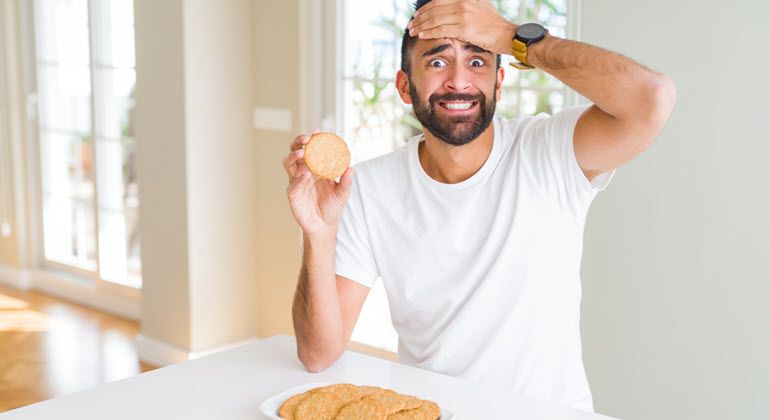 It is very important to read the general terms of conditions before using images from online databases. Copyright: iStock

At workshops held this year in the German-, French- and Italian-speaking parts of Switzerland, young people learned what they need to keep in mind when dealing with their start-ups’ intellectual property. The students are participating in the YES Company Programme, in which they manage a mini-company under real-life conditions for one year (see infobox below). Since they started back at school in August, the teams have chosen their company names and products. Prototypes of the respective products are currently being prepared for the market and the teams are looking for financial and distribution partners.

During the workshops, the participants learn about all aspects of intellectual property. However, the focus is placed on trade mark law and copyright law because they are most important for their companies’ activities. “The mini-companies learn how to avoid legal issues with third parties,” says Matthias Käch, workshop leader and expert in intellectual property at the IPI. This starts with choosing a product name, as you need to check whether it already exists or if it is being used in a similar form. In addition to the legal hassle, having to change the name at a later stage involves a great deal of effort. “The participants are always surprised by how much they need to consider third parties when carrying out their activities,” says Matthias Käch.

The teams realise that the market has not waited for them and their product and that they need to cover their backs accordingly. In their companies, they are developing assets that need to be protected and relying on trust and a handshake alone will not get you very far. “As soon as money is involved, that's when things get serious,” underlines Matthias Käch. During the programme, the companies develop an entrepreneurial mindset and learn to draw up contracts.

Alongside sustainable products made from renewable materials, many of the mini-companies offer food products such as sauces, spice mixes and drinks, and this year is no exception. However, these products pose a challenge – because recipes cannot be legally protected. Nevertheless, they can be kept secret. ‘Grandmother's recipe’ does not need to be revealed to third parties, and if it is, then it should be only via a confidentiality agreement.

Past experience has shown that even mini-companies are taken advantage of. Matthias Käch recalls a case where a company had contacted a bakery about producing biscuits for them. In order to obtain an offer from the bakery, the team handed over the recipe – without having defined any contractual requirements. Due to the high manufacturing costs, however, the team decided not to place an order in the end. The baker, on the other hand, used the team's recipe and put the biscuits on the market. Legally, there was nothing the mini-company could do because no confidentiality agreement had been signed.

Another topic explored by the programme is the use of photos taken, for example, as part of the mini-companies’ marketing activities. No matter who took the photos – the usage rights must be transferred to the company by means of a contract to avoid later discussions about who owns the images. “Here, too, it’s important to always act for the good of the company,” says Matthias Käch. When it comes to using images from the internet, caution is advised. In Switzerland, under the Copyright Act, every image is protected and belongs to the photographer. And it doesn’t matter if it’s a blurry picture of a doormat or an ambient night shot with a chance of winning a photography prize. Finally, online image databases should also be used with caution and it is important to always read the general terms and conditions. 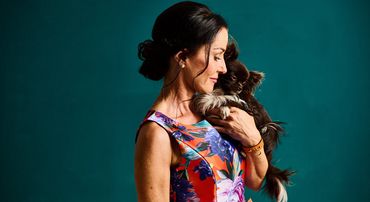 A luxury invention for your four-legged friend

Beate Schürle has an idea for a unique jewellery product and wants to launch a new brand. But is her innovation novel and can it be patented? Thanks…

All you need to know about trade mark protection

Whether you are a globally active enterprise or a locally based business – a trade mark can become a precious asset. But what role does trade mark… 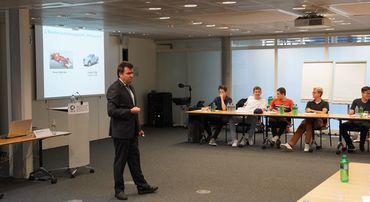 Young entrepreneurs who are familiar trade marks and copyright are at an advantage. This is why teams participating in Young Enterprise Switzerland…