It’s time to bring the laundry inside

Seventy-five years ago, Walter Steiner invented the legendary rotary clothes dryer. The once patented ‘Spinne’ is still part of Stewi AG’s product range. The new owners of the company continue to protect their innovations. 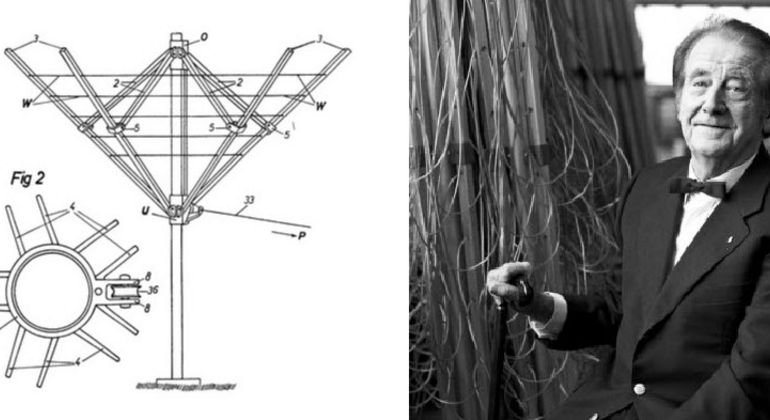 In 1947, Walter Steiner invented the rotary dryer and had it patented. Copyright: Stewi AG

In 2009, Stewi AG (Steiner Winterthur) was on the verge of collapse. However, Lorenz Fäh and Stephan Ebnöther had faith in the company and decided to take it over. “The brand name alone has established itself over the past 75 years and is a symbol of high-quality Swiss products,” says Lorenz Fäh.

Nevertheless, in the almost 20 years prior to the takeover, not a single new product had been developed. Perhaps because everything had been going well for a long time. Stewi founder Walter Steiner (1921–2009), a trained metalworker, produced innovations like a conveyor belt. He patented some of his inventions straight away, like the iconic rotary clothes dryer of 1947 (CH255080A). This innovation is still being continuously developed and improved upon. Under Steiner’s name in the patent database, you can find numerous other products, most of them related to hanging up laundry. He also occasionally had a flash of inspiration for other kinds of products. A multifunctional bottle opener (patented of course), roller shutters, a rubbish bin and a school desk are all to his credit. “Innovative, Swiss, robust,” is how Lorenz Fäh describes the founder of the company. “Not only was he extremely innovative, but he was also a pioneer in guerrilla marketing. He placed his rotary dryer free of charge in various prominent locations, for example along railway lines and in easily visible gardens at crossroads. That drew people’s attention, of course,” says Lorenz Fäh.

After acquiring the business, Stephan Ebnöther and Lorenz Fäh quickly commissioned a new line of products. Swiss consumers nowadays have different needs to those of the rotary dryer generation. “Because of modern living situations, most people in Switzerland dry their laundry in apartments and on balconies,” says Lorenz Fäh. The new products offer exactly what’s needed – various possibilities for hanging and caring for laundry, even in the smallest of spaces.

The owners are following in Walter Steiner’s footsteps: the design of their new drying rack is protected (D21065). The drying rack also has a patented ‘driving joint’ (EP3819422A1), which is mentioned on the website too. The design of the product is the work of a design studio. However, patent attorneys were involved too. “We don’t write the patent specifications ourselves because even an apparently innocuous description can cause problems,” says Lorenz Fäh. He has experience with protecting intellectual property, but doesn’t do it as meticulously as Walter Steiner did partly due to the costs. Patent attorneys research the distinctiveness of the name, function and design of the product to find out what can be protected.

Lorenz Fäh is generally in favour of IP rights, but he also has some mixed feelings. “The register entry provides a certain amount of security, but legally enforcing the protection can get expensive,” he says from experience. He mostly sees patents and design registrations as a form of motivation protection. “It motivates third parties to think twice about developing a similar product.” When it comes to trade mark protection, he recommends that applicants search the databases for identical or similar names. “Many people just rush into it and are then faced with an unpleasant surprise,” says Fäh. For trade mark applications, the IPI does not check, for example, whether the name is already in the register.

Stewi AG continues to produce 100% of its products in Winterthur and is active in 45 countries, including in markets as far away as Australia, India and New Zealand. The market is stable, according to Fäh. Despite the new range of products, the rotary dryer remains their biggest seller abroad.

“If someone had told me ten years ago that I would end up working in the clothes dryer business, I would’ve probably said they were crazy. But sometimes things don’t turn out how you expected,” says Lorenz Fäh. For the duo, the Stewi story continues, with more innovations and patents on the horizon.

Information on protecting your innovation 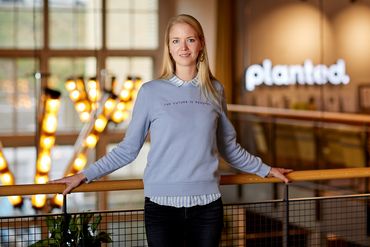 The topic of meat substitutes is on everyone's lips here in Switzerland, as in many countries. At the forefront of Swiss manufacturers in this field…