A Swiss chocolate manufacturer wanted to protect a Santa Claus – if only it hadn’t been for Coca Cola. 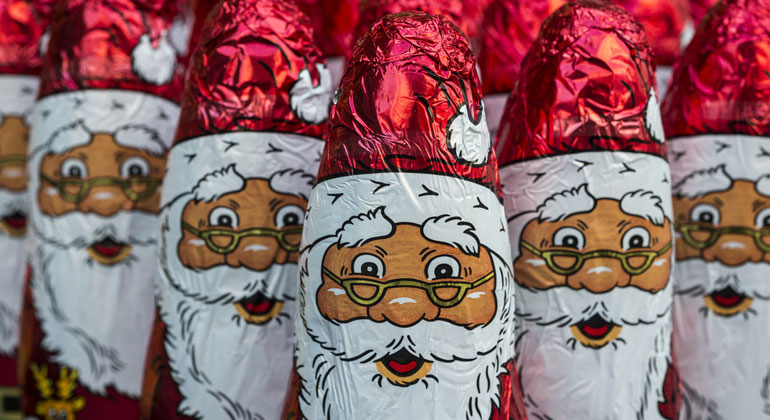 What does Santa Claus look like? The judges had to deal with it. Photo: iStock

Who, as a child, didn’t stand with shining eyes in front of a tall man with a long white beard wearing a red suit? Who didn’t hold out their hands full of expectation hoping to catch a sweet or some other small gift? And who, if brought up in Switzerland, didn’t recite a short rhyming verse to guarantee that they’d attract the attention of the jolly giant?

If Lindt & Sprüngli AG had had such a rhyme, it would probably go something like this:

Take your hands, Santa, off my brand!

Because in 2005, the chocolate manufacturer had applied to register a trade mark in Switzerland for the three-dimensional shape of Santa Claus for their chocolate goods.

However, in its final judgment of 21 March 2007 (see BVGer B-7393/2006), the Federal Administrative Court (FAC) refused to protect the trade mark. It reasoned: to be protected as a trade mark, the three-dimensional shape applied for would have to “indicate the commercial origin behind the product in terms of technical and cultural habits and expectations... Not only the hooded coat and the gifts, but also the bell, Santa Claus’ friendly face, as well as the colours used are elements of the traditional Father Christmas and are determined by this custom”.

The FAC then summarised: the shape “shows nothing distinctive for a chocolate Santa Claus or unexpected within the context of Christmas, which suggests a specific commercial origin.” In other words, Lindt & Sprüngli’s Santa Claus looks as you would expect him to, so it can’t be protected as a trade mark.

But where does this image of the ‘typical’ Santa Claus – branded in the FAC judges’ minds – come from? The historical figure Bishop Nicholas of Myra is described as a man in red bishop's robes, but there is no mention of a white beard, a small bell or a kindly face. In fact, it wasn’t until 1931 that the artist and illustrator Haddon Sundblom gave St. Nick these attributes, supplementing them with an ample girth. He had received the order for this design from the company Coca-Cola, which needed a new image for its Christmas advertising.

However, Sundblom’s choice to represent Father Christmas this way was not influenced by the company's history. In fact, it was Dutch emigrants who initially brought their Sinterklaas tradition to Nieuw Amsterdam (today New York) back in the 1700s. Over the course of time, Sinterklaas changed to Santa Claus, as did his varying appearance – sometimes he’d be depicted as a rotund elf, sometimes as an old bearded man with a long pipe, huge breeches and an enormous wide-brimmed hat. Whatever his appearance, however, he stood for the custom of spreading joy during the Christmas season. It wasn’t until the middle of the 20th century that the image of the typical Santa Claus developed, partially due to the enormous efforts of Coca-Cola.

So were Lindt & Sprüngli’s rights to their trade mark and interpretation of Santa washed away by the brown carbonated soft drink? Coca-Cola can’t be completely absolved from suspicion. Although the FAC acknowledged in its judgment certain cultural differences between German-speaking countries – in particular, the different names such as Father Christmas, St. Nicholas and Santa Claus and their corresponding customs – the commonality between them is obviously their appearance. As the FAC pointed out: “The two and three-dimensional elements of the shape applied for correspond to the usual cliché of Santa Claus.”

And the moral of the story? Well, the more mischievous among us could give a nod and a wink to Santa’s appearance by changing the rhyming verse to:

Can I have a Cola this year, but in a can?

But what child wants to know why the jolly white-bearded man looks the way he does? As long as the man in red reaches into his big sack of brightly wrapped gifts and spreads a little joy, that’s probably all that matters!

And on this note, we wish you all a wonderful festive season and happy holidays. 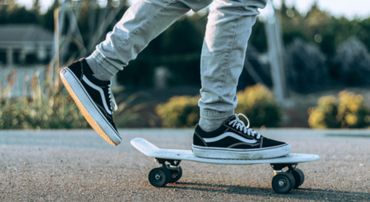 Is that really a trade mark?

Most trade marks are made up of words and images. Nevertheless, more unusual signs such as colours and three-dimensional shapes can also be…