The Swiss army knife – 130 years in our pockets

When you think of distinctive Swiss design, you soon think of the Swiss army knife. This legendary gadget was created 130 years ago. 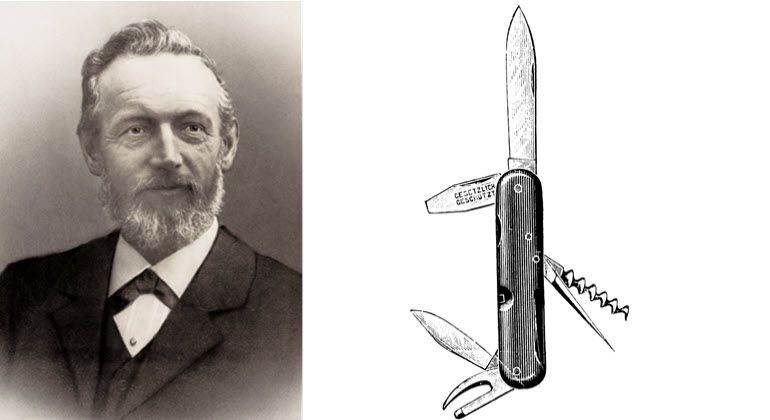 The knife was first manufactured for Swiss soldiers in 1891. Karl Elsener I produced the original version in his cutler’s workshop (today Victorinox AG) based on plans by the Swiss administration in charge of army equipment at the time. In 1897, Karl Elsener I created his own version called the ‘Swiss officer’s and sports knife’. It was lighter, more elegant, had more functions and was designed specifically for officers. Elsener I protected the invention by entering it in the ‘Register for Industrial Designs’ (see image), which corresponds to modern design protection.

The Swiss Army, however, was of the opinion that the standard soldier’s knife was also sufficient for officials and declined to purchase the officer’s knife. Although the officer’s knife has no connection with the army apart from its name, its triumphant victory in the civilian sector could not be stopped. From the 1930s onwards, red plastic handles were used on the officer’s knife, as we are used to seeing today on the typical Swiss army knife. Nowadays, Victorinox AG produces ten million Swiss army knives and other pocket tools each year (or 40,000 a day). They offer more than 400 different varieties.

Karl Elsener I and his successors had many other inventions up their sleeves, which they also systematically protected using patents, for example. To this day, Victorinox AG protects its innovations by means of patents, trade marks and design protection. It is also one of a few traditional brands that have been using the Swiss coat of arms (shield) since 1909 and which are authorised to continue to do so because of this long period of use. 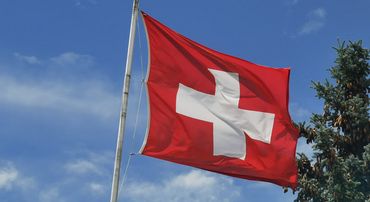 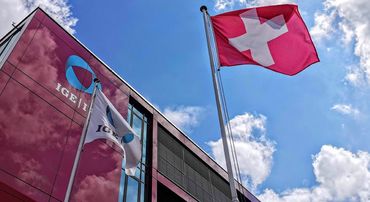 Who actually checks whether something is really Swiss?

The world of consumer goods is full of products advertised with the Swiss cross. But by no means are prod-ucts as Swiss as many customers would like…