“For a start-up, a patent can be essential for survival”

Limitless DNA-based data storage that can protect data for millions of years. Swiss ETH Professor Wendelin Stark and his Austrian colleague Robert N. Grass have been awarded the 2021 European Inventor Award for this invention in the research category. In an interview, Wendelin Stark tells us, for example, about the role that patent protection played for him. 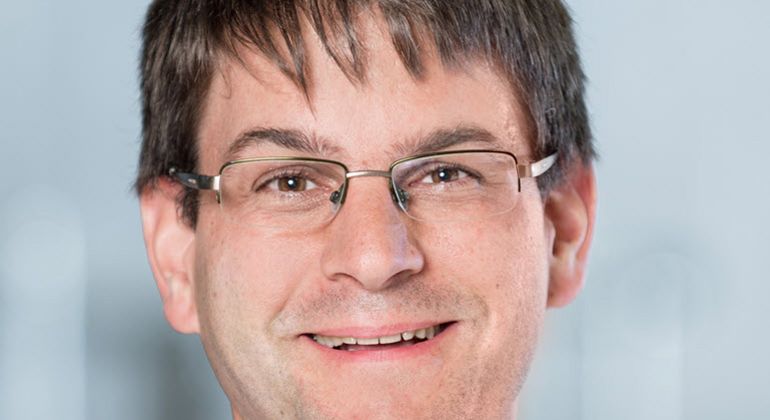 Today, the European Patent Office (EPO) awarded the 2021 European Inventor Award in the research category to Austrian researcher Robert N. Grass and his Swiss colleague Wendelin Stark. Their encapsulation technology, which encloses data stored in the genetic code in tiny glass particles, offers a novel method of information storage and provides a robust DNA barcode for use in supply chains.

Wendelin Stark: I studied chemistry and then did a PhD in mechanical engineering. That was during the nanotechnology wave that reached its peak in 2009. Robert Grass and I had already been thinking for quite some time about what technology would come next. We came to the conclusion that the world of information and the material world would converge. The DNA storage method therefore wasn’t planned from the outset. But that’s often how it goes in science.

DNA has the greatest information density by far and is very precise. It’s a very efficient storage method. Synthetic DNA can also be produced very well by machines and DNA is specialised in storing information. After all, we’re the best proof that this technology works very well.

Yes, we did actually when we realised, inspired by analyses of bones and amber from the Historical Museum in Bern, that we could actually make an artificial fossil. Then it was clear that there was a physicochemical solution to our task. The rest of the work required great diligence in order to implement this solution. The second eureka moment was when the price of the nucleic acids dropped, as we had predicted.  The errors that initially occurred during the data writing were weeded out by an algorithm that is used today for almost all telecommunications, including for the internet and the stability of mobile networks.

It has brought us new orders of magnitude in terms of storage – and the data can be stored for up to a million years. At the beginning, we saved a couple of files and we were able to continuously improve the process. In terms of units of storage, we were only thinking in megabytes at first. That reminds me of a funny anecdote.

Rob del Naja from the British band Massive Attack heard about our discovery and was very interested. He asked us if we could save the anniversary edition of the band's album onto DNA. We got it to work after a few attempts and the entire anniversary album was written and stored as DNA. At the time, the album was the most extreme example of DNA storage that you could even think about, if only because of the cost. We're more advanced nowadays.

No. We cannot access data fast enough yet because the reading and writing is a slow, biochemical process, which requires additional aids. But, recently, I’ve been asking myself if we always need instant access to all forms of data. There is a huge amount of information in this world that we rarely retrieve, but also don’t want to delete. I’m thinking of family and holiday photos, for example.

No, of course not. I upload the old photos onto my computer...and I’m probably not the only one who does. The advantage of the DNA storage method is that you don’t need big expensive data centres for large datasets. You wouldn’t be able to access the DNA storage every second – you would have to wait longer, but the photos of the family party from 20 years ago would still be there.
That’s where things could be heading. This also has an impact on our environment – think of server farms and CO2 emissions. The volume of data is constantly growing, and, as a society, we need to ask ourselves how far this should be allowed to go. How much environmental damage are we willing to accept from search engines, social media, etc.?

We have already patented a few inventions. The interest in patents has grown over the years. It wasn’t a topic when I was doing my PhD in mechanical engineering. I distinctly remember that a manufacturer visited us once and asked, “Have you not patented that?” I was a young PhD student and didn’t understand what that meant.

I kept thinking about that question so I decided to learn about the topic. My conclusion – patents are definitely interesting. Patent law is on the inventor’s side. It also has a lot to do with ownership and, in Switzerland, it’s very important to know what belongs to whom. The same applies for inventions and that fascinated me. While writing my PhD thesis, I learned that patents are useful in the world of nanoparticles. I had a patent on the manufacture of nanoparticles. We patent a lot at ETH, sometimes we even go a little over budget.

Patenting is a daily topic for the tech start-ups. They cannot do anything without patent protection. For a start-up trying to compete with the big players, a patent can be essential for survival. I always tell my students – with a patent you have protection on the flanks. Of course, the process up until the patent is granted is not exactly trivial. You have to be dedicated to it. There are also specialised attorneys that can help. I’ve also experienced a few oppositions to my patents.

Yes. Patent specifications contain valuable information and this data has become more important in the past few years.

There has been a major boom in scientific publications in the last ten years. The same topics have been published multiple times in slightly different forms and include countless references. It wasn’t always clear how good and robust the data was and there is no higher authority to keep an eye on it. When it comes to patent law, however, it is crucial that an invention also works. And it is also proves that it’s the first of its kind. The data in the patent specification is sound. Unfortunately, that's still something that’s neglected in science. It's different in engineering, however. I now rate the reliability of the data in patent specifications higher than that in modern scientific literature.

First of all, the invention belongs to my employer. ETH administers the patent and grants licences. Spin-off companies of ETH may grant sub-licences in some cases.

We have already established several companies from the working group and these are known as ETH spin-offs. I’m personally very actively involved in the preparation and choice of topics.  During the actual invention process, the employees and students increasingly assume a leadership position over the course of the implementation. Once the company is established, they take the reins. I then have a lesser role, which is good. The younger co-founders should take on the role of captain.

No. The potential of DNA storage has not yet been exhausted by any means. We are working on attaching the tiny DNA information particles to goods in a counterfeit-proof way so that we can trace the exact origin of a product – for example, from a plantation in South America to us in the supermarket. You could enter so much information that the farmer on the other side of the world is suddenly as close to us as the organic farmer in our neighbourhood. And we could be sure that he’s being paid fairly for his work. 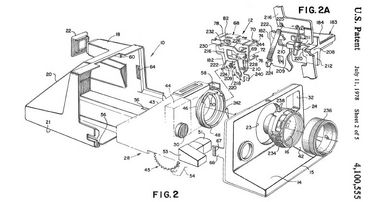 Drawings are what give inventions a face in patent specifications. Sometimes, they are even mini-masterpieces. Once drawn by hand, they have long… 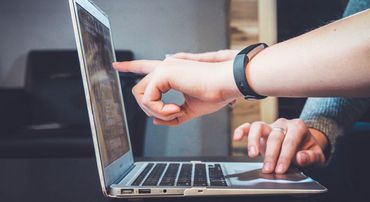 SMEs are increasingly relying on business intelligence, i.e. the evaluation and use of their own business data, usually with the help of software… 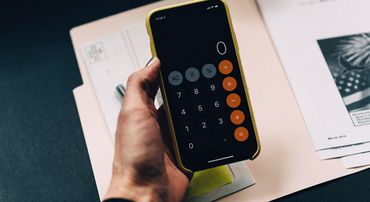 Price check – how much does a patent cost?

An engineer who works for an SME has invented something and the company is now considering patenting the innovation. We take a look at the expected…