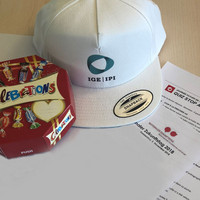 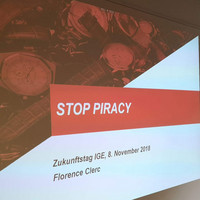 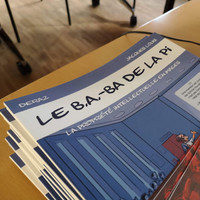 Eleven girls and boys visited the IPI on Switzerland’s National Future Day to get a fascinating glimpse into the world of work of their parents. We wanted to find out what they would invent themselves.

On 8 November, children got to know the IPI and take a look into the world of trade marks, patents and designs as part of Switzerland’s National Future Day.

Following the welcome at 8.30am, the day was launched with the first item on the programme: a visit to the IPI archive to take a look at the historical documents and product samples stored there. Then they learned what a design and a trade mark are, while a visit to the STOP PIRACY secretariat – which is managed by the IPI – showed them how to tell the difference between a fake product and an original.

In the afternoon, the children looked over their parents’ shoulders at work. Then, to round off this eventful day, they were invited to an afternoon snack in the canteen where they also received a cap bearing the IPI logo.

We would like to thank the young visitors for their interest, which was a very special day for all those who took part.

Three children tell all: “I would invent a machine that cleans up my room”

Fiona (11): “I liked best that we programmed a game using the Scratch program,” says Fiona. When she finishes school, she would like to start training as a healthcare specialist in a hospital. “I like working with people and I want them to be well.” If she could, she would invent a cure for cancer. She finds the work of her father interesting (IT specialist), but says that working in an office is not her thing.

Jules (13): “I found the visit to STOP PIRACY really fascinating. We were able to find out for ourselves whether products were originals or fake," says Jules. He would invent a robot to do his homework for him, while his dream job is to be a mediamatician. “I like the mix of IT and creative work,” he explains. He finds his father’s work at the IPI interesting (trade mark examiner) and could well imagine doing it once.

Alexandra (12):  She, too, really enjoyed programming with Scratch and the visit to STOP PIRACY. “What would I invent myself? Hmmmmm...a machine that always cleans up my room," she says laughing. Alexandra wants to be a medical practice assistant.  She thinks her mother has a cool job (translator). “Today I was even able to translate an item of news with her on the computer,” she says proudly.

From now on, even your amateur snaps are protected by copyright!

Whether an artistic photograph, an amateur snap, or a standard product photo – under the modernised...

Up until 20 April, designers can submit entries for the DesignEuropa Awards. The Awards celebrate...

In 2019, the number of patent applications originating from Switzerland filed with the European...

Trade marks in Switzerland still at a high

Trade marks in Switzerland continue to be popular. More than 17,000 applications for trade marks...