Who actually checks whether something is really Swiss?

The world of consumer goods is full of products advertised with the Swiss cross. But by no means are prod-ucts as Swiss as many customers would like them to be, even though specific criteria for using the «Swiss» label are enshrined in law. So what actually happens when a producer doesn’t abide by these rules? And what is the IPI’s role in the fight against the wrongful use of Swiss geographical indications of source? 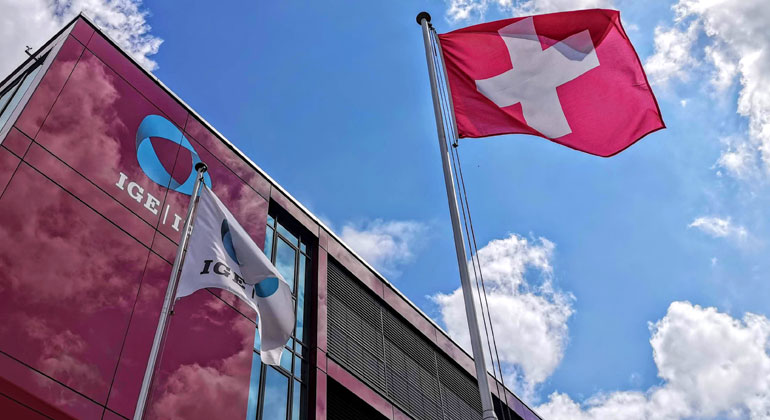 Some time ago, a couple were browsing through the assortment of breakfast cereals in their local supermarket. The woman decided to buy a brand of muesli with the Swiss cross on its packaging, explaining to her partner that she had chosen that particular brand because of the red and white Swiss cross. The man studied the packaging more closely and realised that most of the ingredients weren’t actually from Switzerland. Not such a big plus, after all!

For many consumers in Switzerland and abroad, the «Swiss» brand represents reliability, tradition, exclusivity and premium international quality. This means that the big white «plus» on a red background is a warranty worth its weight in gold. That’s why producers benefit from labelling their packaging with the Swiss cross because it’s a valuable selling point (article in German). As a result, more and more companies are using this «Swissness» premium, not least because of the increasing competition on the global markets.

Not everyone uses the Swiss cross for promotional purposes lawfully, however. The success of the «Swiss» brand also tends to mobilise a large number of free-riders wanting a piece of the pie too. Therefore, to ensure the long-term added value of the «Swiss» label, two years ago, the legislature defined clear criteria as to when a product or service can use the Swiss cross to advertise it as being «Swiss». Neither official authorisation nor a register entry are necessary for using the Swiss cross. If a producer wants to use this «Swissness» premium to promote their products or services, all they have to do is comply with the legal regulations.  For the muesli mentioned above, for example, at least 80% of the weight of its raw materials must come from Switzerland. This only applies to raw materials that come from and are available in Switzerland. In addition, the essential processing step must have taken place in Switzerland.

However, what happens when something is sold as being Swiss but actually isn’t? The law says that anyone using a misleading indication risks criminal prosecution and/or civil action. In civil proceedings, the court can even order the products concerned to be seized by customs or removed from retailers’ shelves and then destroyed.

The law provides the IPI with the possibility to implement the proceedings mentioned above and to act as the plaintiff. The IPI isn’t, however, a «Swissness» police force; nor is it the IPI’s task to control the correct use of «Swissness» across the whole of Switzerland. The IPI will only take action when it is notified by customs of a suspicious delivery. In such cases, the IPI asks the importer to stop using the Swiss geographical indication on its foreign products.

Until now, the IPI has never had to take any radical action such as seizing goods at customs, or initiating civil actions or criminal prosecution. When the IPI has intervened, the companies involved proved to be cooperative by making the necessary changes relating to the use of the Swiss geographical indication. The IPI relies on constructive and pragmatic solutions where possible. For example, a manufacturer who had wrongfully used the Swiss coat of arms on their packaging had to commit to changing the packaging with immediate effect. They were, however, allowed to sell their remaining stock.

The trade and consumer protection associations also play a key role in the fight against the wrongful use of Swiss geographical indications and, like the IPI, are also entitled to take civil action.

In Switzerland, the law is clear and the measures against any wrongful use of the «Swiss» label are successful. But what can the IPI do outside of Switzerland where Swiss law doesn’t apply? One effective instrument is monitoring national trade mark registers in specific countries. If the IPI determines that a trade mark registration wrongfully contains the Swiss cross and/or the designation «Swiss», it raises an objection directly or informs the relevant trade association about it. The trade associations can also file opposition to a trade mark registration.

The IPI also engages in constant and productive dialogue with specific countries to enshrine principles against the wrongful use of Swiss geographical indications in the national law of the country concerned. The Chinese trade mark office, for example, consequently rejects any applications for trade marks that contain the Swiss cross as an element of the logo. However, companies who are allowed to use «Swissness» for marketing purposes in China can request authorisation from the IPI to do so, which then enables them to register their trade mark in China. In return, manufacturers agree in writing to comply with the «Swissness» criteria in accordance with Swiss law.

Recently, a couple were browsing through the assortment of breakfast cereals in their local supermarket. The woman chose a brand of muesli with the Swiss cross on the packaging, explaining to her partner that she chose that particular product because of the red and white cross. The man studied the packaging more closely and realised that most of the ingredients were from Switzerland. He then found an almost identical muesli on the same supermarket shelf with ingredients from abroad, but without a Swiss cross on the packaging – and at a somewhat cheaper price. Both of them were now certain that they would actually be getting what they were paying for. But after all that, they decided to buy a loaf of bread instead. 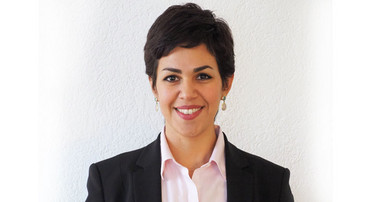 «We have overcome the challenge together»