Compressed air is mainly used in industry. But is it also possible to fuel a car with it? This is what three young people wanted to find out with their project, which even made it to the finals of the Swiss Youth in Science National Competition.

The car can be driven up to 35 kph by compressed air alone. Photo: Melanie Rogenmoser

Melanie Rogenmoser, Nikifor Korjagin and Matthias Weber from the canton of Zug enjoy figuring things out. Their fascination with technology and their concerns about the environment are now being highlighted in a Swiss Youth in Science project. The trio constructed a sustainable car that neither consumes electrical energy nor emits pollutants into the environment.

The secret to clean driving without harmful emissions is compressed air. “There have already been attempts in the past to power trams and even cars this way,” says Melanie Rogenmoser, design engineer and a vocational baccalaureate graduate. Compressed air is primarily used in industry, such as in the automation of production lines for, example. But it’s also used to power drills and small grinding machines. The Swiss Youth in Science participants work with it in their own jobs, so it was a good opportunity for the environmentally-conscious trio to transfer the principle to a modern-day vehicle.

The car gets its energy supply from a compressed-air tank, which is similar to a whipped cream dispenser. The only difference is that the tank used for a car is larger and filled with more pressure. Two throttling valves reduce the pressure to working pressure before the gas is then fed into the engine, which is constructed in the same way as a V6 internal combustion engine. The energy is converted into rotary motion and then transmitted to the wheels via the gearbox.

The disadvantage of a compressed-air engine is its level of efficiency, because there are many losses overall throughout the energy conversion process. When air is compressed, energy is released in the form of heat. But if this energy isn’t used, then the level of efficiency is considered low. When the air is reduced back down to working pressure for the engine, however, the air absorbs energy in the form of heat from the environment so that it can relax, which in turn can lead to the valves or the engine becoming frozen. Nevertheless, a compressed-air engine doesn’t emit any harmful gases in the form of CO2, which is what makes the power unit so environmentally friendly. Additionally, air is available in vast quantities on planet Earth.

The vehicle the young designers constructed is a 1/10 scale model car, which can be driven up to 35 kilometres per hour by compressed air. The technology trio developed many of the components themselves – from the engine to the chassis – primarily because the components were not available in the desired scale. They even made the main control valve themselves. “We only had to buy the wheels, the valves and the tank,” says Melanie Rogenmoser.

The Swiss Youth in Science participants invested over one thousand hours in developing their air car. “We are really pleased that our plan worked out in the end,” says Melanie Rogenmoser. They had a lot of support during the project, including a fund from their school (GIBZ Zug), which provided financial support for the work as part of a talent promotion scheme. Support was also provided by their employers, Roche and V-Zug.

Info: On 25 April, the trio received a “very good” for their work at Swiss Youth in Science’s virtual finalhttps://www.ige.ch/en/services/newsroom/news/news-details/news/3705-junge-forscher-mit-ueberzeugenden-projekten.html. What happens next is still unclear. Nevertheless, interesting discussions have already taken place with people from the automotive industry. And in autumn, the team will present their model car to the public at the Swiss Youth in Science exhibition.

Description of the project in Germanhttps://sjf.ch/arbeiten-nationaler-wettbewerb/, French and Italian 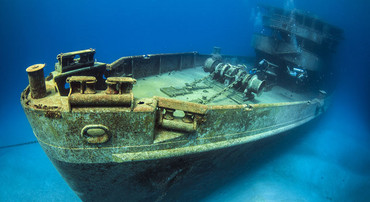 For an invention to be patented, it must be novel. But what exactly does this mean? We’re going to shed some light by explaining how even a comic... 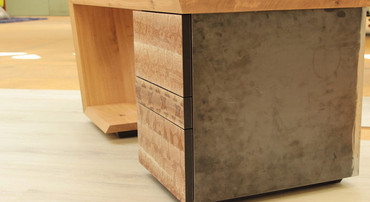 Snakes shed their skin regularly. If they’re in the wild, their old skin is left on the ground, while for pet snakes, it ends up in the bin. But... 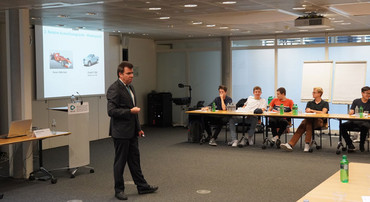 Young entrepreneurs who are familiar trade marks and copyright are at an advantage. This is why teams participating in Young Enterprise Switzerland...