Snakes shed their skin regularly. If they’re in the wild, their old skin is left on the ground, while for pet snakes, it ends up in the bin. But snakeskin can have another purpose. Two young people show how it’s possible to reuse shed snakeskin in an innovative way. 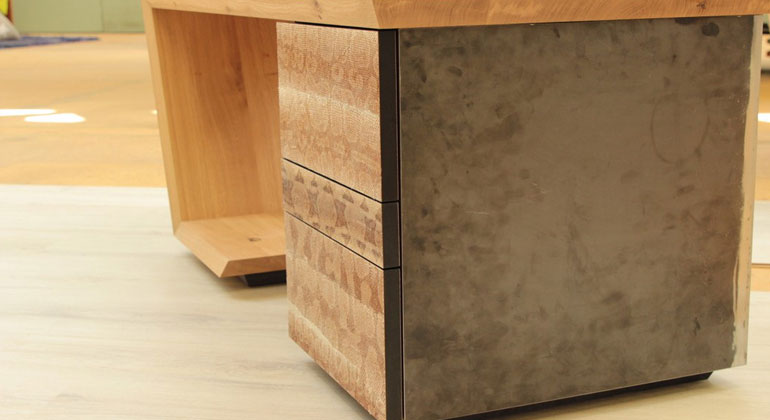 A table embellished with snakeskin by the team. Photo: Nicole Menzi

When asked what the most unusual Swiss Youth in Science project is, this one would probably make it to the shortlist. Nicole Menzi and Sivan Sureskumaran show with their work how to make surface material out of naturally shed snakeskins. They are using the material in the field of interior design for furniture.

The idea came about as part of the talent support programme of the Technische Fachschule Bern (Bern technical college). One of the tasks was to produce an object or piece of furniture on the topic of upcycling (making something new out of something old). “This was a good opportunity to recycle old snakeskins,” says Sivan Sureskumaran. And he has easy access to them. He keeps snakes at home and has always been fascinated by them. “They have so many qualities – for example, they’re masters of camouflage and survival all rolled into one.”

The enthusiasm of his colleague, on the other hand, wasn’t instant. “I used to be scared of snakes,” says Nicole Menzi. “But when Sivan showed me the old skins for the first time, curiosity got the better of me once I’d put my prejudices to one side,” she continues. “The surface of the skin is unique and that’s what fascinated me.”

The team integrated the shed skin into a piece of furniture (see photo). After incorporating it onto the front of a coffee table drawer, they took their idea further and registered with Swiss Youth in Science. To use snakeskin in furniture, they first tried applying the skins to materials frequently used in interior design such as wood, acrylic glass and metal. To solve the problem of conservation, they used not only organic agents, but also conventional synthetic materials such as varnish.

“We wanted to permanently protect the surface and experts were able to help us with this,” says Sivan Sureskumaran. It was a challenge to describe where we were coming from. No wonder – they were working with an unusual material. One of the best moments of the project was meeting with an expert. The woodworker specialising in antiques was able to help them. “Not only his solution, but also the experience in his workshop gave us fresh ideas,” says Nicole Menzi.

During the project, they presented their idea at the Bern design festival. They received a lot of feedback, which encouraged them to develop the snakeskin material further. The team was even able to win round a festival visitor who was afraid of snakes with their design. After touching the surface, she became curious. “She asked us in detail about the process. She wasn’t a visitor who wanted to order something on the spot, but we were able to sway her with our idea. That was much more valuable to us,” says Sivan Sureskumaran.

Due to the ban on events imposed by the Federal Council, the final round of the Swiss Youth in Science national competition, which was planned to take place in Biel, is now to be held virtually. The 137 innovative finalists will present their 122 competition projects to the expert jury via video conference on 24 April. For further information, see: www.sjf.ch/wettbewerb

Compressed air is mainly used in industry. But is it also possible to fuel a car with it? This is what three young people wanted to find out with... 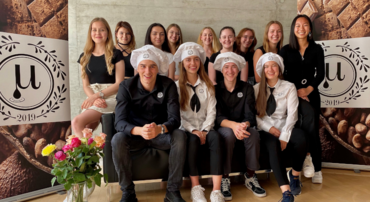 As part of its commitment as a national partner of Young Enterprise Switzerland (YES), at the national final of the Company Programme on 27 June, the... 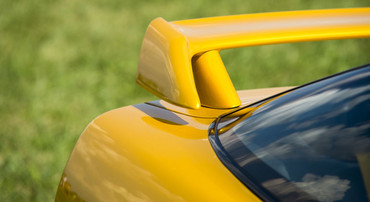 When it comes to design, Switzerland has nothing to worry about. From vegetable peelers to furniture, the Swiss railway clock, the clothes horse and...